Bayern Munich star Joshua Kimmich has now declared that he does want to take a vaccine, after months of waiting.

The international had refused to take the vaccine citing a ‘lack of long term studies’ as his reasoning, but had always maintained that he .

Now, in an exclusive which is set to be aired in Germany on Sunday, Kimmich has outlined that he now wants to be vaccinated against Covid. 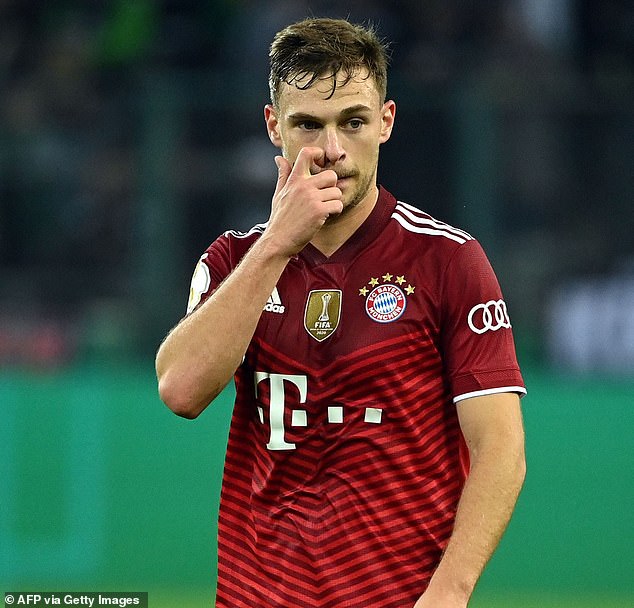 ‘In general, it was just difficult for me to deal with my fears and concerns, that’s why I was undecided for so long,’ said the 26-year-old.

In the conversation with ZDF, Kimmich opens up for the first time about his current health situation and his original concerns about a vaccination, and it is reported the superstar has also expressed regret at not doing it sooner.

Kimmich was infected with coronavirus and has since had to postpone his football comeback until next year, with lung problems after his corona infection reportedly given as the reason. 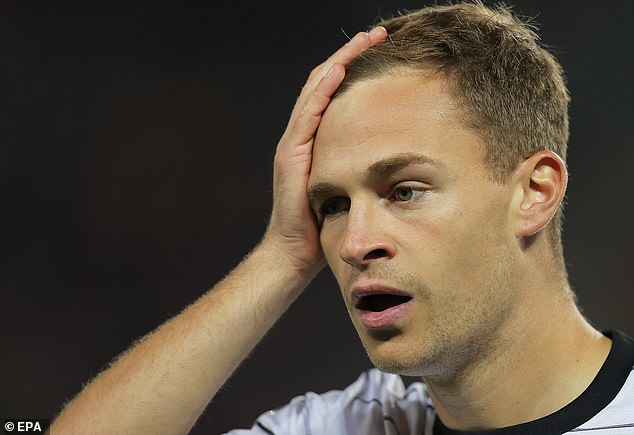 The midfielder tested positive at the end of last month, and had his wages docked for missing games while in self isolation.

Kimmich has now ended his period of quarantine, but is still unable to return to training as he battles with the side effects of the virus, which has taken its toll on the 26-year-old’s body.

In a statement released on Bayern’s official site, Kimmich had said: ‘I’m happy my self-isolation caused by the coronavirus has ended.

‘I’m doing very well, but I’m not yet able to train fully due to slight infiltrations in my lungs.

‘I’ll therefore do some rehabilitative training and can’t wait to be fully back in action in January.’

In October  docked the wages of their who were forced to quarantine due to coming into contact with a Covid-positive person.

Kimmich, along with , Jamal Musiala, Eric Maxim Choupo-Moting and Michael Cuisance were each told by the German club that they will not be paid for every game or day of training they miss when self-isolating after they all refused to get the vaccine.

According to German news outlet , Bayern told the players that they would be withholding pay if anyone missed work due to being unvaccinated.