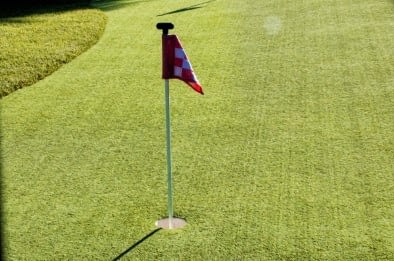 As he’s proven over the last few years while he’s been injured, Tiger Woods makes news whether he’s on or off the course. Luckily for fans, this year he played – and more importantly won – plenty.

From his return to major championship glory at the Masters to guiding the U.S. to a win at the Presidents Cup,  here are the Tiger moments that stood out in 2019, in no particular order:

A MAJOR CHAMPION, ONCE AGAIN

It was a scene many thought they’d never see, but Woods finally won his 15th major title at the 83rd Masters in April.  Woods, who has battled personal problems and injuries for the better part of a decade, returned to the major championship winner’s circle for the first time since the 2008 U.S. Open.

With a final-round 70, Tiger Woods won the 83rd Masters. Here, after 11 years in the personal and professional wilderness, is how Woods finally claimed his 15th major victory.

Woods, 43, won his fifth green jacket by coming from behind on Sunday, carding a final-round 70 to top Dustin Johnson, Xander Schauffele and Brooks Koepka by a shot. Tiger’s victory at Augusta National was his 81st on the PGA Tour, which left him just one off Sam Snead’s record for most career Tour titles, and rejuvenated his hunt of Jack Nicklaus’ record of 18 major titles.

Woods had an up-and-down 2019, but after arthroscopic surgery in August to repair minor cartilage damage in his left knee. Tiger targeted October’s Zozo Championship in Japan to make his return, and what a return it was.  Despite massive delays and a Monday finish after a typhoon blew through the area, Woods topped the field in Japan by three strokes, making the Zozo his 82nd career PGA Tour victory, tying him with Snead for most all-time.

Woods has maintained that Snead’s record was always the one that he was after, and after a hot finish to 2019, he looks poised to pass Snead and sit alone atop the PGA Tour wins list next year.

Woods had settled into his role as Presidents Cup captain long before his game returned. But after winning the Zozo Championship just a couple of weeks before having to announce his captains picks for the U.S. team, it was only natural that he’d select himself.

Woods then led his team down to Australia and despite an early deficit, the Americans mounted a comeback in Sunday singles to beat Ernie Els’ International squad, 16 to 14.

The Americans stormed back to top the Internationals in Sunday singles at the Presidents Cup, winning the the 13th edition of the event 16-14.

Woods arguably was even better as a player than as a captain, going 3-0-0 in the competition, including an important opening point on Sunday that set the tone for the final session. The rest of his team followed his lead, winning singles, 8-4.

Nearly a month after winning his 15th major title and fifth green jacket at the Masters, Woods was presented with the Presidential Medal of Freedom by Donald Trump in Washington, D.C.

The Presidential Medal of Freedom is one of the country’s highest civilian honors, and Woods accepted the award as Trump called him “a global symbol of American excellence, devotion and drive.”

Tiger Woods received the Presidential Medal of Freedom on Monday during a ceremony in the White House’s Rose Garden.

Woods, who has played golf with Trump on several occasions over the years,  is the first active athlete to receive the honor, and only the fourth golfer to be awarded the Medal of Freedom, joining Arnold Palmer (2004), Jack Nicklaus (2005) and Charlie Sifford (2014).

INJURED IS THE NEW NORMAL

Despite two wins and a Presidents Cup triumph, Woods dealt with a slew of injuries this year. The 43-year-old with a fused lower back  and also before the

Even when he stuck it out, Woods didn’t always appear to be 100 percent healthy, often looking looking sore while plodding his way around the golf course and admitting several times that, “it’s just the way it’s gonna be” going forward.

Tiger Woods signed for a 7-over 78 and admitted to feeling soreness in his fused lower back.

Finishing out the major year with a tie for 21st and two missed cuts, Woods opted for surgery to repair minor cartilage damage in his left knee, and looked like a new man at the Zozo Championship and Presidents Cup.

Tiger Woods’ surgically repaired back wasn’t the only health problem he dealt with this season.

One of the best moment from Woods’ return to major championship relevance at the Masters came as he walked off the 18th green, when he was greeted by his kids, in an emotional scene that brought back memories of Woods’ first Masters title in 1997 when he was embraced his late father, Earl, who passed away in 2006.

Tiger Woods got to celebrate green jacket No. 5 with his family, including his son, Charlie. The scene evoked memories of Woods’ first Masters title in 1997 when he hugged his late father, Earl.

Woods was met with a big hug from son Charlie,  daughter Sam, and mother, Kultida, moments after earning his fifth green jacket. It was the first time that Sam and Charlie were able to witness their father win a major championship.

“I think the kids are starting to understand how much this game means to me and some of the things I’ve done in the game,” Woods said after closing out major No. 15. “If I tried to swing a club I would be on the ground and I struggled for years, and that’s basically all they remember … So, for them to see what it’s like to have their dad win a major championship, I hope that’s something they will never forget.”

Before Woods was parading around in the green jacket, he had to overcome plenty on the golf course, including a bizarre moment during the second round when an overzealous security guard slipped and fell, clipping Tiger’s ankle on his way down.

Tiger appeared to be in pain in the immediate aftermath of the incident, and it would’ve been a much bigger story had it affected Woods’ play.

Tiger Woods’ Friday charge at the Masters was nearly derailed by an overzealous security guard.

Luckily for the security guard, Tiger immediately stepped up and drained a 28-foot birdie putt on his next shot. The rest, as they say, is history.

The only guy who may have enjoyed Tiger’s 15th major championship more than Woods himself was one lucky gambler whose $85,000 bet on him paid out $1.2 million. If you were wondering if word about the bet got back to Woods, he answered that with a resounding “yes” while at his charity event in Las Vegas in May.

While hitting balls before an audience at Tiger Jam, Woods responded to a member of the gallery asking what he made of the story, and it was a little NSFW. “[Bleepin’] great bet,” he shouted without hesitation.

Pop in your headphones, ladies and gentlemen, because you win your 15th major and fifth green jacket, you get to curse.

Woods also had a reaction to the gambler’s ill-advised decision to immediately double down and bet $100,000 on him to win the season’s Grand Sam, which was, not as positive, to put it nicely.

CELEBRATES IN GREEN JACKET AT OWN RESTAURANT

One of the great traditions of winning the Masters is celebrating in the green jacket wherever you like. Green jackets have been to fast-food drive-throughs, a Waffle House, courtside at an NBA game, and now … to Tiger Woods’ restaurant in Jupiter, Florida.

Woods surprised diners at his upscale restaurant, The Woods Jupiter, shortly after returning from Augusta National with his 15th major title.

Eating dinner at your own restaurant is one thing. Doing so in a green jacket? Well, that’s exponentially cooler.

Presumably still in a good mood after authoring one of the greatest comeback stories in professional sports history, Woods was happy to pose for pictures with fans while wearing the prized jacket over a Nike Dri-Fit shirt and Oakland Raiders gym shorts.