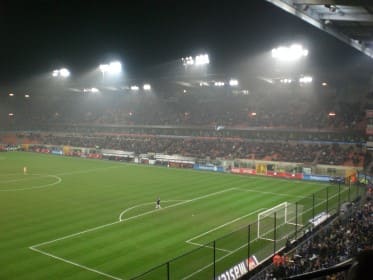 Sporting CP star Bruno Fernandes has revealed that he was ‘eager’ to make the move to Premier League giants Tottenham during the summer.

25-year-old Fernandes has emerged as one of Portuguese football’s star performers over the last couple of seasons.

The former Udinese and Sampdoria man possesses all of the key traits of a modern attacking midfielder, combining a keen eye for goal, set-piece prowess, creative flair and a penchant for the spectacular.

Across all competitions last season, Fernandes racked up a spectacular 29 goals and 17 assists.

As a result, it subsequently came as little surprise to see a whole host of top European clubs named as keen suitors of the Sporting star this past summer.

Manchester City were first rumoured to have been on the verge of clinching a deal for the midfielder, before Premier League rivals Manchester United, Liverpool and Tottenham were all also touted as potential destinations.

Bit of Bruno Fernandes detail. His agent, Miguel Pinho, met with #THFC y’day. Fernandes & Lo Celso Spurs’ midfield targets. #MUFC, who met Pinho 2 months ago, asked him in past fortnight for some more time as they focus first on signing a RB (Wan-Bissaka) https://t.co/s2XCpyzQYX

In the end, however, a transfer failed to come to fruition for Fernandes, with the 25-year-old having since gone on to pen a new deal at the José Alvalade Stadium.

‘A good time to leave’

If Fernandes had had his way, though, he would in fact have moved on earlier this year.

When questioned on the summer saga surrounding his name earlier today, the midfielder admitted that he had his heart set on joining one club in particular.

The outfit in question? Tottenham.

Speaking during an interview with Portuguese outlet Record, Fernandes revealed that Spurs ‘fit into everything’ he had been looking for in his career:

‘In the summer I thought I could go out. I believed it was a good time to leave due to many factors. I made the best time of my career to date.’

‘After the UEFA Nations League, there were already many contacts, especially with Tottenham. It was the team that wanted me the most and was the only one I agreed to talk with, because there were other clubs that didn’t interest me or whose project was not up to my expectations.’

‘Tottenham fit into everything I wish I had at that moment. It is an appealing championship. Knowing that Tottenham would be willing to pay for me and make every possible effort to take me, leaves a player eager to take that step.’