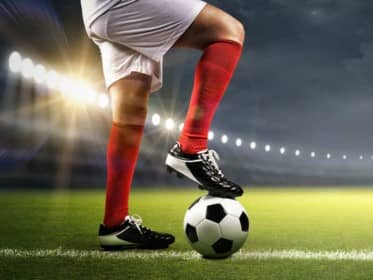 Chelsea academy graduate Mason Mount continues to endear himself to the Stamford Bridge faithful after his goal in front of the home support earned the Blues a point against a thinned-out Everton squad in a disappointing 1-1 draw.

With Romelu Lukaku, Timo Werner, and Kai Havertz all absent from proceedings after the latest surge of Covid-19 sweeping across the Premier League struck at Chelsea’s door, Mount once again stepped up in the goalscoring column when his club needed him most.

His goal tonight against the Toffees, though not enough to push the Blues forward as they trail both Manchester City and Liverpool in the league title race, did write his name into the history books at after he became the youngest player in Blues history to score in four consecutive Premier League fixtures for the London giants.

4 – At 22 years and 340 days, Mason Mount is the youngest player to score in four consecutive Premier League appearances for Chelsea. Free.

It was the seventh goal of the season for in the Premier League as he sits atop the Blues’ goalscoring charts while also adding four assists in the process sitting behind only Mateo Kovačić and Reece James with five each.

Despite the much-talked-about spending habits of billionaire-backed Chelsea, the club’s Cobham Academy pipeline continues to define the club in a way that few in the Premier League can boast.

Mason Mount remains the flagship academy graduate in recent years after breaking into the Chelsea first-team under Frank Lampard in the wake of his credible loan spell at Derby County, but others the likes of Reece James, Callum Hudson-Odoi, and Trevoh Chalobah have proven their worth in a big way.

The same can be said for club assets currently on loan. Armando Broja is putting in a very credible season on the south coast at Saints, while Conor Gallagher and Billy Gilmour have become key assets in the heart of midfield at Crystal Palace and Norwich respectively.

Chelsea may be able to spend heavily on player recruitment, but Cobham means that, when it comes down to it, there will always be players ready to step into the breach.