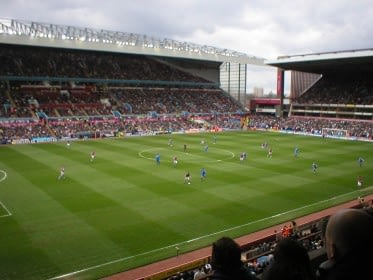 The last couple of weeks have of course proven of an altogether positive nature for Argentine icon Messi.

After adding a record 7th Ballon d’Or to his trophy cabinet, the 34-year-old continued to build on his long-awaited upturn in form at PSG, bagging a brace versus Club Brugge to take his Champions League tally for the campaign to five goals in five outings.

Messi was then confirmed as the winner of the competition’s Goal of the Group stage by UEFA, owing to this sumptuous finish versus Manchester City:

MESSI AND MBAPPE COMBINE FOR A BEAUTIFUL GOAL!

It was a matter of time before they clicked, and it was worth the wait 🔥

Not only that, but, hours later, a stunning 200ft tall mural of the player whom many view as the greatest of all-time was unveiled in his hometown of Rosario, as a form of tribute owing to his Copa America triumph this past summer:

In turn, amid such a stellar stretch, news of Messi this weekend being forced to surrender one of the more impressive records of a legendary career was no doubt met with widespread disappointment on the part of the Argentine’s loyal fanbase.

This came amid claims that Messi’s haul of 36 assists, racked up in 2011, had been surpassed as the most ever managed by one player over the course of a single calendar year:

This one flew under the radar… 😯

As outlined above, though, across the day to date, claims to the contrary have begun to mount.

This comes amid suggestions that two of Ajax standout Tadic’s 37 assists actually came in friendly outings, bringing the Serb’s official tally back down to 35, one shy of Messi.

With Ajax still to take to the pitch on a pair of occasions before the year is out, though, could Tadic yet eliminate any remaining uncertainty to establish himself as the undisputed calendar year assist king?

With two games left in 2021, Dusan Tadic is just a single assist from equalling Lionel Messi’s record of assists in a calendar year