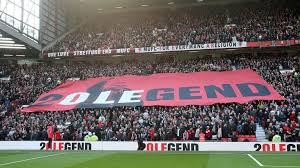 City had the chance to reduce the gap between themselves and Liverpool in the league with a win over the Eagles.

Liverpool began the weekend eight points clear at the top of the Premier League.

But with Jurgen Klopp’s side not playing until Sunday, the Citizens could put some pressure on their title rivals by reducing that gap to five points.

Man City would do exactly that at Selhurst Park.

Despite City opting to start Saturday’s tie without a recognised central defender on the pitch, they would dominate Roy Hodgson’s men.

Gabriel Jesus and David Silva would bag the goals that gave Pep Guardiola’s men all three points on Saturday.

Jesus on reaching half a century of goals for Man City

Gabriel Jesus’ strike on October 19th would be his 50th goal for Manchester City.

While Jesus still often plays second fiddle to Sergio Aguero in Man City’s striking department, the young forward has still been bagging in the goals this campaign.

In 10 appearances across all competitions this season, Jesus has scored five and provided one assist.

The 22-year-old would speak to Sky Sports News after the Palace game. Jesus was asked how proud he is to reach that 50 goal milestone for City, to which the Brazilian responded:

“I’m very happy you know because last season I have a difficult start to the season you know, so this season is going to be different. For me I work hard as well but I focus on the goal all the time, that’s why I think I score a lot”

Gabriel Jesus on scoring his 50th goal for Manchester City

🗣”Last season was difficult, this season I work harder” pic.twitter.com/S2MfisxtwX