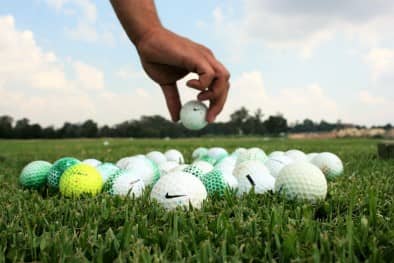 NAPLES, Fla. — Jason Kokrak and Kevin Na birdied 12 of their last 13 holes Sunday in fourballs and closed with a 12-under 60 to rally from at three-shot deficit and win the QBE Shootout.

Kokrak and Na were five shots behind after a bogey on the par-3 fifth hole when they ran off nine straight birdies, seven of them by Na. And then it was Kokrak’s turn down the stretch, and he finished off the one-shot victory with a 6-foot birdie putt.

Four teams had a chance to win over the final two holes. Kokrak blasted a drive down the fairway and had wedge he hit into 6 feet below the cup. His final birdie staked the team to a two-shot lead, meaning the last two teams behind them had to hole out from the fairway to force a playoff.

Billy Horschel chipped in for birdie from near the water hazard as he and Sam Burns shot 61 to finish one shot behind. Horschel and Burns did not have a score worse than 62 all week.

Marc Leishman and Jason Day, who opened with a 56 and led all week, couldn’t keep pace. Leishman made a 10-foot eagle putt on the par-5 17th to get within one shot, but then Kokrak in the group ahead made birdie and the Australian duo had to settle for par. They shot 65 and tied for third with defending champions Harris English and Matt Kuchar, who closed with a 62.

Na and Kokrak didn’t look to be part of the picture when they were even for the round through five holes. They made birdie on every hole but the 15th the rest of the way.

“We got off to a poor start,” Na said. “We kept telling ourselves there are plenty of birdie holes out there. I started making some birdies and we got hot.”

Na and Kokrak share a swing coach in Drew Steckel and often play practice rounds together.

Lexi Thompson, the only LPGA Tour player in the field, who also played Tiburon Golf Club last month in the LPGA Tour’s season-ending Tour Championship, teamed with Bubba Watson and had to settle for a 68. They finished ninth in the 12-team field.