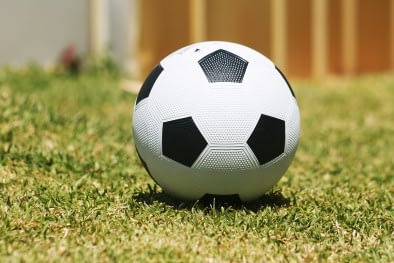 One of the final Premier League ties taking place during midweek will see Chelsea play host to Everton.

Thomas Tuchel’s side head into the encounter having had a fairly mixed run of form of late.

Granted, Chelsea did beat Leeds last time out. But the Peacocks have been in poor goalscoring form this term and were still able to put two past a previously solid Chelsea backline.

Chelsea also only won the tie thanks to a late 94th-minute penalty from Jorginho. Before this, a somewhat fringe Chelsea outfit conceded three against Russian outfit Zenit and, in the match before that, lost 3-2 vs West Ham.

One win in three, eight goals conceded in three and a narrow escape against a poor Leeds shows all is not well in west London.

However, the Blues should have a decent chance of putting things right in gameweek 17 vs Rafa Benitez’s Everton. Barring something of a blip against Arsenal, Everton have been awful of late and, most recently, conceded three to a Crystal Palace side who had been winless in four.

How Chelsea should line up vs Everton

But, as the Leeds game showed, Chelsea can, in their current form, struggle against any side.

So, Thomas Tuchel probably needs to make a few changes for his side’s meeting with Everton.

With this in mind, 101 have taken a look at how Chelsea should line up vs Everton.

Starting at the back, as mentioned above, Chelsea have been shipping more goals than usual of late. Of course, this may have something to do with Marcos Alonso coming in for the injured Ben Chilwell at left-wing-back – an issue Tuchel can do little about right now.

However, it may also have something to do with Andreas Christensen’s situation. The Dane has been in and out of Chelsea’s XI of late, with Tuchel essentially it is due to a contract standoff.

This has led to Thiago Silva featuring very heavily for Chelsea. And whilst the Brazilian is a solid centre-back, he is also 37 and should not be playing as many games as he is in such a short time.

So, given Chelsea’s continued struggles at the back, it would probably be best if Tuchel reverts back to his favoured back-three of Antonio Rudiger, Christensen and Cesar Azpilicueta, with Edouard Mendy, of course, in goal.

Another potential reason for Chelsea’s struggles of late has likely been the absence of N’Golo Kante.

The midfielder has missed Chelsea’s last four league outings and their draw with Zenit. Perhaps not so coincidently, Chelsea have not kept a single clean sheet in any of those ties.

But, the Blues were handed some good news on Tuesday, with Kante returning to training fully on the day:

Kante and Chalobah returned to training today, having been in yesterday doing physical work when most of the squad were off.

Chilwell has also stepped up his recovery and done some light fitness work on grass. This is ahead of a targeted return in early to mid-January.

And whilst there is a danger of rushing Kante back, it is clear Chelsea’s midfield needs him.

So, he should start vs Everton alongside Jorginho who has been of his issue.

Kai Havertz has been Chelsea’s main central attacking option of late, but it is clear it is not quite clicking for him at the moment.

And, after Lukaku and Werner have shown on a number of occasions that they can work well together – Werner often did his best work at RB Leipzig next to a big striker – they should be given the chance to shine vs Everton.