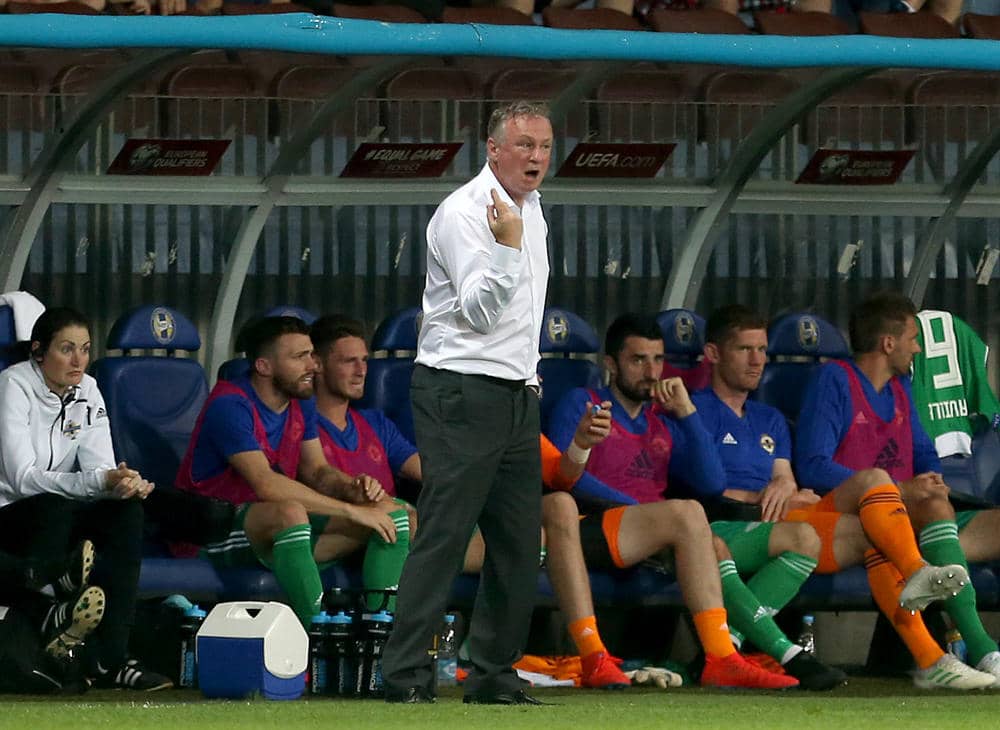 While Stefan Kuntz is not one to blow his own trumpet, the German UEFA EURO 1996 winner has every reason to shout about his achievements. The 56-year-old has been doing outstanding work in the German Football Association (DFB)’s youth ranks for many years. Having worked with many members of the current senior national team at youth level, his impact on the latest generation is also clear to see, with youngsters such as Schalke’s Alexander Nubel, Werder Bremen’s Maximilian Eggestein and Freiburg forward Luca Waldschmidt already becoming key players for their clubs. The former is already Schalke captain, while the latter took home the Golden Boot from the UEFA European U-21 Championship a few weeks ago with seven goals to his name.

Although the defending champions ultimately lost 2-1 to Spain in the final, they did enough to secure their place at the Men’s Olympic Football Tournament Tokyo 2020. Germany are now preparing to make their second successive and tenth overall appearance at the Olympics, having recorded their best-ever finish when they clinched silver at Rio 2016. In an interview with FIFA.com, the man with 25 international caps reflected on next summer’s tournament and the current situation in youth football.

Germany are going to their second successive Olympics – congratulations! How excited are you with one year to go? Is planning already underway?
The excitement has been palpable ever since we reached the European semi-finals in Italy. Although the Olympics are very special, they are still a long way off for us. At the moment we are dealing with the challenge of monitoring two groups of players at once. The first group consists of those born in or after 1998 who are just winning their first caps for the U-21s and with whom we want to qualify for the 2021 European U-21 Championships. At the same time, we’re also keeping an eye on those born in 1997. These players competed at the Euros in Italy this summer and will still be eligible to play at the Olympic Games. We can also expand the squad to include three older players.

The team won silver in Rio in 2016. Is gold a realistic prospect this time?
It’s still far too early to make predictions. We don’t yet know which players will be available or what the squads of the other teams we’re playing will look like.

What are you expecting from the tournament in Tokyo, and what makes the Olympics so special?
The Olympic Games go far beyond football and are the biggest and most important sporting event in the world. It’s where the best athletes from the most prominent sports meet, and then there’s the history behind it all too. It’s unique. The Olympic Football Tournament is like a little World Cup, so we’re looking forward to meeting unknown opponents from all around the world.

Many players from your U-21 side are already playing in the Bundesliga. Are you satisfied with their current development?
Talented German youngsters have been increasingly deployed in the top leagues for several years now. Unfortunately, we’re now noticing the opposite trend, plus the fact that many young foreign players are moving to the Bundesliga. Having said that, if clubs put their trust in our youngsters and give them playing time, they’ll develop just as well. Our last EUROs squad gave us several good examples of that.

Germany are heading to the Olympics but did not qualify for the FIFA U-17 and U-20 World Cups. How do you explain that?
Not every year group is equally well equipped. The lads currently coming through the lower youth teams aren’t yet quite as strong as the players who preceded them. Our competitors in youth football have also caught up considerably in recent years, while the qualifying format at U-19 level to reach the U-20 World Cup is brutal.

Nevertheless, we’re currently scrutinising a lot of things and want to introduce some new innovations to put us back among the world’s best. Having said that, youth work and talent development doesn’t necessarily just mean winning titles at U-17 and U-19 level; instead, it’s about creating a clear pathway to senior club and international football. Of course, having as much experience as possible at World Cups and European Championships is helpful in this respect. Julian Brandt had experience of five finals tournaments by the time he was called up to his first senior World Cup. You also have to look at each player’s development individually. While some make the jump to the next level a little later, that isn’t necessarily a drawback for their senior career.

England won the title in this age group two years ago but also missed out on a place at both tournaments in 2019. Does that surprise you?​
Yes, although you can’t compare one year group with another in youth football. Just because I once had a strong U-17 team doesn’t mean the next one will be just as good.

The national team were heavily criticised after being knocked out of the 2018 FIFA World Cup. Was that criticism justified?
When it came to our on-pitch performance, yes. We didn’t play well and didn’t meet our own expectations. That’s why the entire World Cup was analysed piece by piece. However, plenty of the debates about the players and coach were not justified. Up to that point, Jogi Low had done more than 14 years of exceptional work and had always taken the team to at least the semi-finals. That record means you can’t write off his skills after one poor World Cup.

Which of your players do you think has a particularly bright career ahead of them?
I’m reluctant to single out individual players, but some of our squad at the European U-21 Championship 2019 have already had their first experience of the senior national side. They’re on the right track, but they have to keep working consistently in order to keep developing and reach the very top.

There has been plenty of speculation about the post-Low era. Would you like the Germany job, or would you prefer to go back to a club?
I’m not thinking about that right now. We have a fantastic national team coach, and I’m focused on my job with the U-21s. With the Olympic Games next year and the EUROs the year after that, we have two interesting challenges ahead of us.