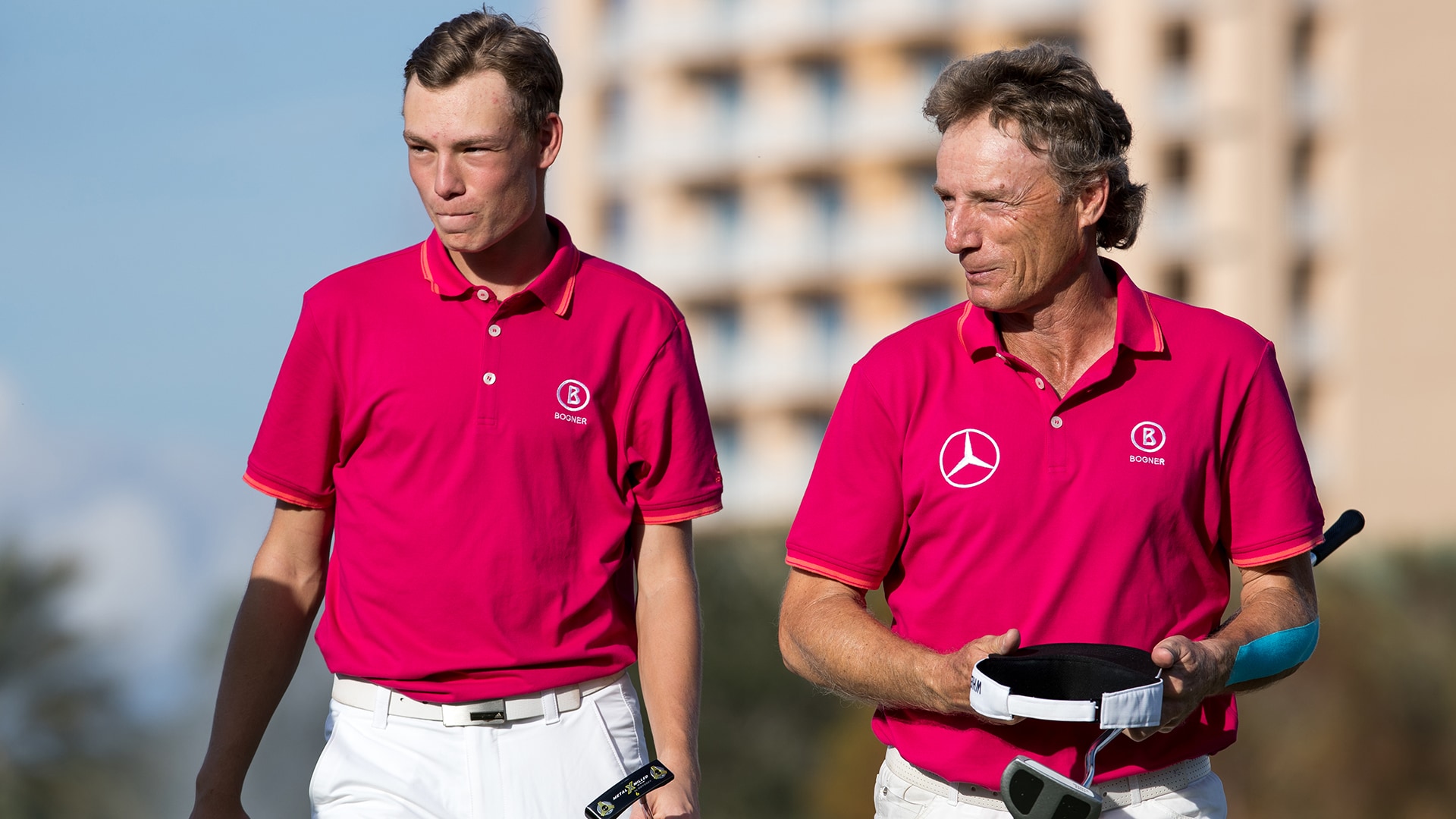 ORLANDO, Fla. – Jason Langer made a 16-foot eagle putt on the first hole of a playoff Sunday to give father Bernard his fourth victory in the PNC Father Son Challenge.

The Langers closed with a second straight 12-under 60 to match Retief and Leo Goosen and Tom and Thomas Lehman atop the leaderboard in the scramble event for major champions at The Ritz-Carlton Golf Club Orlando.

After the 62-year-old Bernhard hit the fairway on the par-5 18th, the 19-year-old Jason hit a 3-wood approach from 270 yards to set up the winning putt.

“I’ve seen clutch shots in majors and Ryder Cups, all over the place. For our family it doesn’t get much better than that one,” Bernhard said. “He hit an unbelievable 3-wood in regulation and it came just a couple yards short, then hit an even better one in the playoff – 270 into the wind and he flew it all the way there. Something I do not know how to do, I don’t have that in me, so it was fun for me to watch. The noise the ball made when he struck it was spectacular.”

Bernard was asked about Jason – who also won with his father in 2014 – returning next year.

“If somebody wins, they get the chance to defend, but we will have a whole year to discuss,” Bernhard said.

Bernhard is one behind Raymond Floyd on the victory list in the event.

Annika and father Tom Sorenstam had a 71 to tie for last in 20-team field. Annika was the first female to play in the event.

“It’s been a wonderful week overall, with a wonderful, ‘Thank you’ to PNC for hosting us and having us here,” Annika said. “Thanks to all fans who came out and families, for supporting us. The whole week was just awesome.”