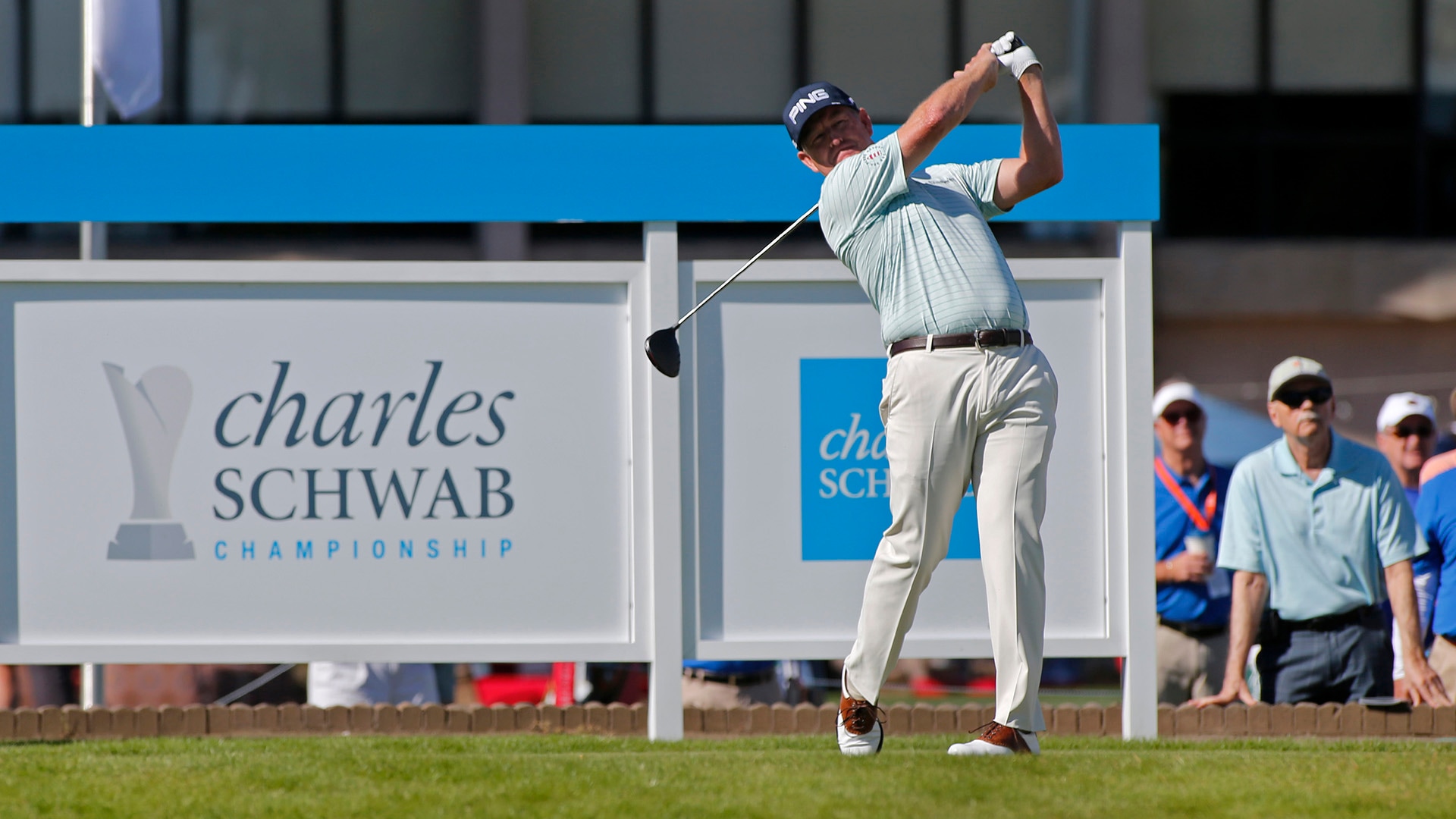 Maggert shot an 8-under 63 on Thursday in perfect conditions at Phoenix Country Club to take a one-stroke lead over Langer, with Miguel Angel Jimenez, Paul Goydos and Steve Flesch another shot back, and Kelly and Goosen at 66 with Lee Janzen and Scott Parel.

Maggert entered the season finale 34th in the standings, just three spots from failing to qualify.

”I have no idea what happened today,” Maggert said. ”I liked the course last year, felt like I could play well here. To be honest, I got a new putter at the Ping factory on Monday and as soon as I saw it, I says, ‘Wow, this looks good, I think I can make some putts with this.’ Lo and behold, I made a lot of good putts today.”

Kelly needs a victory or help from McCarron to take the season title.

”I’m feeling pretty good right now,” Kelly said. ”It’s just a matter of staying solid. I got a little tired at the end, things got a little loose and I’ve got to get stronger as the week goes on.”

”Means nothing right now,” McCarron said. ”I don’t know if I’m leading or Jerry’s leading, doesn’t even matter. All I know is I’ve got to go out there and play a little bit better the next three days.”

McCarron has not won since June and has only two top 10s in his last six tournaments.

Coming off a playoff loss to Montgomerie on Sunday in California, Langer closed his bogey-free round with a birdie on the par-5 18th. Langer is third in the standings, putting the 62-year-old German star in position to win his sixth Charles Schwab Cup title – with help from McCarron and Kelly.

Montgomerie, fourth in the standings, had a 67.

Goosen, at fifth in the standings, is the last player with a chance to take the season title with a victory.