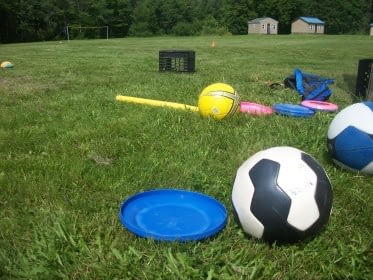 has told his Newcastle squad this is not the time to be celebrating with a traditional players’ party, as he looks to avoid a relegation battle.

The Magpies are 19th in the and three points from safety ahead of Sunday’s trip to Leicester, although they won for the first time this season at home to last weekend.

The head coach took his team and club staff to a restaurant on Thursday afternoon for a bonding session designed to mark the festive period. 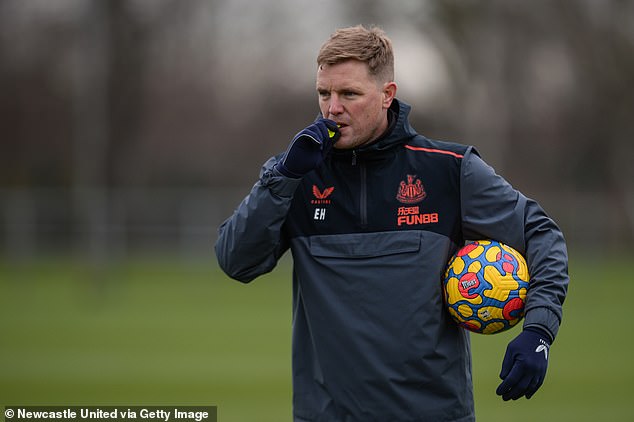 However the former Bournemouth boss will not be allowing his players to head off on a group knees-up.

‘I don’t think this moment is the time for the players to be having a Christmas party,’ Howe said.

‘We have had a gathering this week of staff and players, a meal together. But I don’t think with one, the fixture congestion, two, Covid and three, our league position, it is the time for that (players’ party).

‘I will be trying to get the message to them to focus on the work and the games. That takes priority over anything else.’ 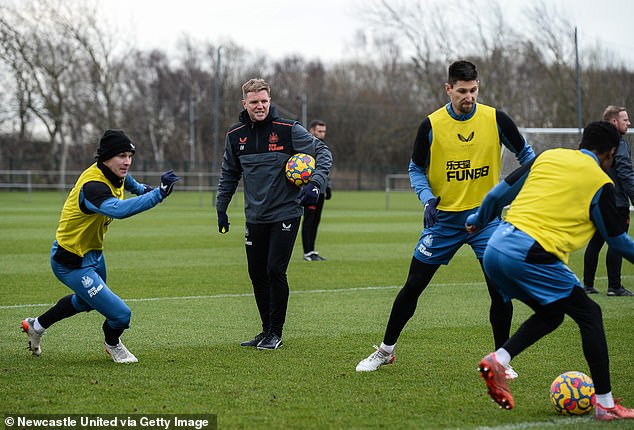 Sportsmail reported on Friday how some top-flight clubs have already had Christmas nights out, although there has been a ban on the use of camera phones given the sensitivity around such festivities right now.

Howe continued: ‘The team is in a better place now, mentally. We have had one win and we need to back it up, we need to make sure that is not an isolated event.’

Sportsmail revealed this week how Newcastle’s owners have hired an external recruitment firm to lead their search for a director of football, and Howe has confirmed he will have no say in the identity of the appointment.

‘I will work with whoever the club choose for that role and I will be excited to do so,’ he said. ‘It is a position they want to fill and I embrace that. But my focus is coaching the team.’ 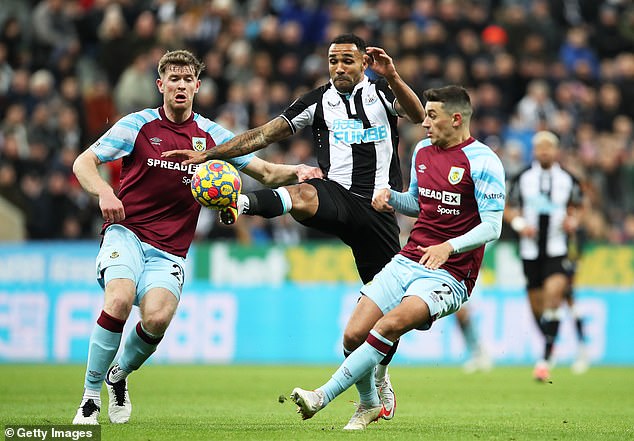 Elsewhere, the Premier League announced this week that all 20 clubs must re-impose their emergency Covid measures following Tottenham’s postponement of their clash with Brighton this weekend.

Newcastle are set to face Leicester on Sunday, however the Foxes are continuing to monitor developments in the squad following their own batch of positive test results.

As the pandemic continues to take grip of English football, top-flight officials have sent a memo to all clubs informing them of the decision to revert back to emergency measures.