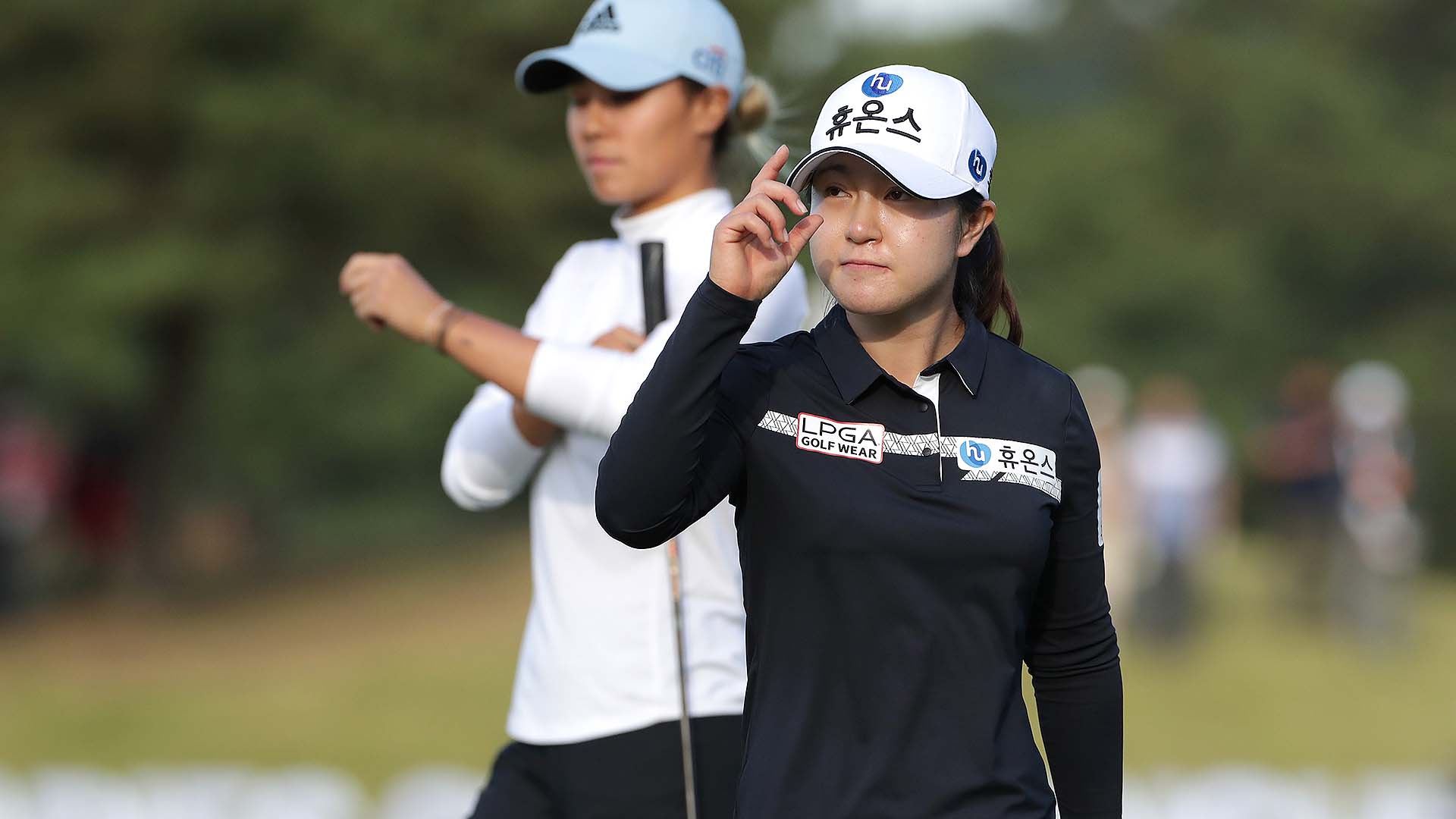 Ha Na Jang was in third place, a stroke behind, after a 68.

”I really tried to focus on the present,” said Seung Yeon Lee. ”I wasn’t thinking about how many birdies I was making, how many pars I was making or if I wasn’t too wrapped up in how I made a double bogey. Instead I just focused on every shot.”

Three players are on 11 under – last week’s winner Kang, four-time LPGA winner Yang and Su Oh, who is looking for her first victory in her fourth year on tour.

Kang started the day with a one-stroke lead after back-to-back 67s. After opening with three bogeys and one birdie over her first five holes, Kang recovered on the back nine, coming home with birdies on Nos. 11, 12 and 15.

”It was a very frustrating round today. I hit the wrong number twice. Every mistake you could possibly think of, we made it,” said Kang, who is aiming to become the LPGA Tour’s first back-to-back winner since 2017.

”I was proud that we were able to capitalize on certain holes and make some birdies coming in. I know that finishing in the red numbers was important. There was a lot of birdies out there today … I didn’t see much of the leaderboard, but I knew people were going low, so I was kind of frustrated.”

The LPGA’s Asian swing moves to Taiwan next week with a fourth stop in Japan. Kang won the first stop in Shanghai last week.