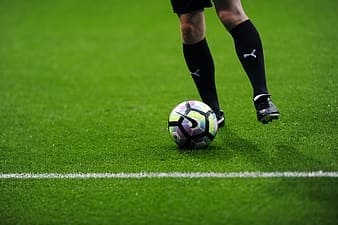 Pep Guardiola has been Manchester City boss since the beginning of the 2016/17 campaign.

During his stint with the Sky Blues Pep has helped transform the club into one of the most feared sides in Europe.

Whilst under Guardiola’s guidance City have earned a record-breaking 100 and 98 points in the last two Premier League seasons.

The Citizens also became the first male side to win the English domestic treble last campaign.

But with Guardiola’s current deal only running until 2021, City fans may be preparing for life without Pep.

However, when asked whether he would consider a new deal, Guardiola gave a pretty positive response in a recent interview, stating he is open to considering one:

“I’m so comfortable working with this club.

“When I feel that is not worse, we will see with the club the best way

“It depends on results. When you are five years in, it depends on the results. We will see what happens this season and next season. It’s not the same for a manager after five years as two – everyone is fresh after two.

“I want to see my players and the environment. It’s as simple as seeing the players, how we work together. That’s the most important thing. We have to feel we can still do it together, enjoy it together.” As quoted by the Guardian.

Manchester City are now set to face off with Newcastle in Saturday’s early kick-off.

And with Jurgen Klopp’s side at home to Brighton in a 3 pm kick-off, City can’t really afford to slip up vs the Magpies.

However, Newcastle are no pushover with Steve Bruce’s side already claiming victories over Tottenham and Manchester United this season.