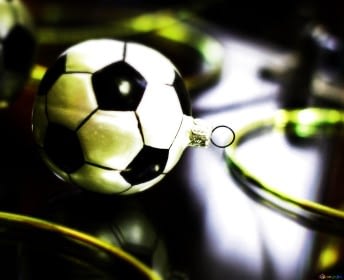 Carlo Ancelotti’s men, of course, returned to action a short time ago.

Amid a fine spell of recent form, Los Blancos welcomed minnows Cadiz to the Bernabeu, hopeful of further extending their advantage at the La Liga summit courtesy of a three-point haul.

When all was said and done, however, Real came up short, ultimately forced to settle for a share of the spoils.

On the back of a major Covid-19 outbreak in the club’s camp this week, the capital giants simply couldn’t find an all-important breakthrough, held at bay by a combination of profligacy in front of goal and the brilliance of Jeremias Ledesma.

36 – Real Madrid made 36 shots against Cádiz -nine on target-, the highest tally for any team in a single game without scoring since, at least, 2003/04 campaign. Misguided.

In turn, on the back of a disappointing night’s work all-round for their side, it shouldn’t come as a massive surprise to hear of Real Madrid’s fanbase taking aim at the club’s stars in characteristically ruthless fashion.

The likes of Lucas Vazquez and even star man Karim Benzema have come in for criticism on the back of the full-time whistle in the Spanish capital, as the Blancos faithful seek out a scapegoat.

Another to have been forced to face up to an altogether hefty backlash, meanwhile, has been Eden Hazard.

With Marco Asensio, Gareth Bale and Rodrygo all ruled out of Sunday’s action owing to positive tests for Covid-19, the oft-maligned Hazard was utilised from the off against Cadiz.

Evidently, however, many feel as though the Belgian failed to grasp his latest opportunity, culminating in more than a few calls for his sale to be sanctioned by the Bernabeu hierarchy this January:

Hazard plays and we drop points? no surprise, Perez sell him

Hazard needs to leave in January..

Hazard just get out of this club ! Ffs

Interestingly, however, such calls have since been met in return by widespread defence of Hazard.

Fellow Real supporters have been keen to call out what has evidently been identified as unwarranted criticism of their side’s struggling wide-man, amid contrasting claims that, in fact, Hazard stood out as Los Merengues’ finest performer over the course of the 90 minutes:

Why is everyone blaming Hazard? I swear he was one of the best players on the pitch in the second half

Hazard was the best player for Madrid tonight aside Kroos. Were you watching another game?

I know hazard will be the scapegoat,but if we’re being honest benzema is one of the major reasons.we dropped points today,missed two clear chances.

Take it or leave it Hazard is the best player in our attacking trio today.

how can you say hazard was poor today when he was the best player on the pitch. Creating chances left and right. Turning defenders. Drew what should have been a penalty. Making stuff happen. He’s still class.

Cadiz has 0 shots on target.
Refree denied clear penalties.
I don’t know why people are targeting Hazard, he was the best player on the pitch from Real Madrid, but yes our attackers missed many chances.

Hazard was our best player

the thing is Madrid fans have no brains of their own, they are heavily brainwashed by the media lol