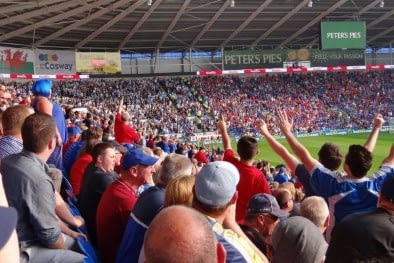 Reece James’ father has recently revealed what his son’s Chelsea ambition is.

There were not too many positives to take away from Frank Lampard’s Chelsea reign.

Most certainly the biggest would be all of the young talent Frank Lampard handed first-team opportunities to.

Fikayo Tomori and Tammy Abraham have since been sold to AC Milan and AS Roma for decent sums after being handed their break by Lampard.

Elsewhere, Billy Gilmour remains a promising prospect, whilst Mason Mount and Reece James have become essential cogs in a Chelsea side who won the 2021 Champions League and are now battling it out for a Premier League title.

Reece James, for his part, has, in his right-wing-back role, been one of Chelsea’s most influential attacking outlets this term.

Whilst Romelu Lukaku, Timo Werner and Kai Havertz have been inconsistent, James has scored four and provided four assists in 11 league outings – a remarkable return for a wing-back.

Now, Reece James’ father has recently revealed what his son’s ambition is at Chelsea.

And, as per James’ father, the Englishman’s ambition it to become Chelsea captain:

“But I’m not emotional. The part where I will be emotional is the day he becomes Chelsea captain. That’s his ambition and mine as well.

“Didier Drogba was a legend and so was John Terry. But Reece has been at Chelsea since he was six. There isn’t a player who has been there that young and gone on to wear the armband. The goal is to be the man that, when you hear Chelsea, you think Reece James.”