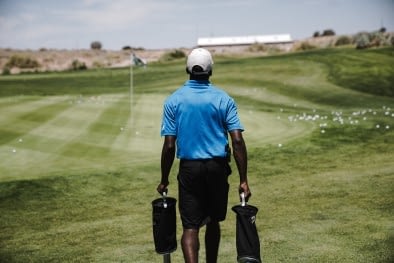 NAPA, Calif. – Tony Romo is heading back to his day job.

The former NFL quarterback turned television analyst became the early story at the Safeway Open, shooting a 2-under 70 in the opening round while playing as an amateur on a sponsor exemption. The score left Romo in a tie for 28th and it beat the likes of Justin Thomas and Hideki Matsuyama among others at Silverado Resort & Spa.

Romo had aspirations of making the 36-hole cut in his fourth career Tour start, a result that would’ve required him to cancel plans to broadcast the Sunday game between the Minnesota Vikings and Chicago Bears. But those hopes quickly faded as Romo struggled to a 6-over 78 in the second round.

A tumultuous opening nine that included six bogeys and only one par left Romo chasing the field, and at 4 over for the week he ultimately missed the cut by six shots.

“I got off to a rough start. A little bit of that I can attribute to nerves,” Romo said. “I came back strong with a couple of birdies and got myself back into it, but then I had a loose swing that just kind of made it difficult to self-correct on the course. Kind of got it a little bit late.”

Romo excelled on the greens during the opening round, holing 122 feet of putts, but admitted that the putter “let him down” Friday as he made less than a third of that total. Despite the regression, Romo’s 36-hole total still beat 12 players including Byeong-Hun An and Tour winners Chris Stroud, Ben Martin and Kevin Stadler.

Tony Romo falls short of making the cut at the Safeway Open, and John Rollins and Tripp Isenhour break down Tony’s second round.

Romo plays off a plus-1.1 handicap, and he maintains long-term aspirations to play more golf at a high level having entered Korn Ferry Tour Q-School last year. His Safeway opener was his first PGA Tour round under par, and despite a rocky follow-up he leaves wine country with an added dose of confidence as he prepares to return to the NFL announcing booth this weekend.

“There’s no question that I’ve improved a lot,” Romo said. “I think today obviously didn’t show it as much, but I think just being able to do it one day, you need to do that at least to start. Then you start to get more comfortable in the environments each time.”