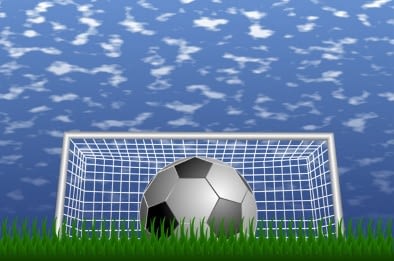 The name of Spanish international Ramos has of course been cast back into the spotlight across the day to date.

This comes with the legendary defender, who has enjoyed a less than ideal stint at the Parc des Princes since swapping the Spanish capital for its French equivalent this summer, having been handed an upcoming date with destiny.

The draw for the Last-16 of the Champions League was held earlier today, with a number of high-profile ties, in turn, having been thrown up.

None, though, have grabbed attentions quite to the extent of the imminent showdown between Paris Saint-Germain and Real Madrid.

Table-toppers in their respective nations at present, a whole host of narratives surround the two European heavyweights being pitted against one another.

Lionel Messi, for one, after lining out on the Barcelona half of the famed Clasico rivalry for his entire career to date, will be forced to lock horns with Real Madrid once more, this time on the continent.

Even more significant, however, will be the reunion between Sergio Ramos and Los Blancos.

Veteran stopper Ramos of course lined out in Real colours for the 16 seasons prior to this, establishing himself as one of the most beloved players in the history of the capital powerhouse.

Upon the resumption of the Champions League in February, though, the now-35-year-old will have no choice but do his utmost to oust his former employers from Europe.

In turn, speaking to the media on Monday, in quotes cited by , it came as little surprise when Ramos was drawn on the emotions of today’s draw.

And, after first opening up on his difficult start to life in Paris, the long-time Spanish international was keen to send a message to both his current and ex-clubs.

‘It’s been a few hard months, with such a great change from many years in Madrid, to adjusting to Paris,’ Ramos explained.

‘Finally, I am feeling good, and little by little I’m becoming used to the group dynamic.’

From here, the stopper assured that questions need not be asked of exactly where his loyalties now lie, with Ramos ready to ‘fight to the death’ for Paris Saint-Germain:

‘Fate is capricious and I would have liked another team to play against.’

‘You know the affection and love I have for Real Madrid, but now it’s my turn to defend PSG, and I’ll do everything possible to reach the next round with them.’

‘PSG are the team who bet on me this summer and I’m going to fight to death for PSG.’