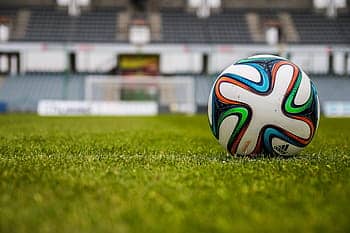 Only a last-minute soft penalty against Leeds United gave Chelsea their first win in three games, and their 2nd in 5, as the side previously top of the league have hit something of a dip in form.

Draws against Manchester United and Zenit Saint Petersburg have been compounded by a freak defeat to West Ham United, in a string of below-par performances for Thomas Tuchel’s injury-hit side.

However, there does appear to be light at the end of the tunnel.

Ben Chilwell, previously thought to be out for the season after sustaining an ACL injury last month, could be set to return. However, the injury is seemingly not as severe as first thought, and Nizaar Kinsella of Goal.com revealed that he did some light fitness work on Tuesday afternoon.

Kante and Chalobah returned to training today, having been in yesterday doing physical work when most of the squad were off.

Chilwell has also stepped up his recovery and done some light fitness work on grass. This is ahead of a targeted return in early to mid-January.

Now, speaking to the media ahead of Chelsea’s clash with Everton at Stamford Bridge, Thomas Tuchel corroborated those claims, revealing that:

“He did some running. Everything looks good, so hopes are still up. But we cannot confirm it. [his return]”

Thomas Tuchel on Ben Chilwell’s return to the Cobham grass on Tuesday: “He did some running. Everything looks good, so hopes are still up. But we cannot confirm it.”

This will come as a massive boost to Thomas Tuchel and co, who have only Marcos Alonso as a recognised left-back at present, and have struggled in the absence of Chilwell. His return could well coincide with an upturn in the Pensioner’s form, and allow them to challenge on all fronts once again come the end of the campaign.