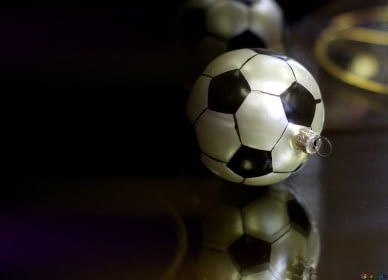 In Chelsea’s 3-4-3 system, the wing-backs are some of the most important players on the pitch.

They are, of course, tasked with their usual defensive roles, but are also needed to provide the width and often a lot of the creativity in Thomas Tuchel’s side.

And, in Ben Chilwell and Reece James, Tuchel found a duo that excelled at both ends of the pitch. Reece James has scored four and assisted five in 13 league outings this term.

Chilwell, meanwhile, after finally being handed a starting berth, scored three and assisted one in six PL games in 2021/22.

Unfortunately for the latter, he is now sidelined with both injury and Covid-19.

This has left Tuchel forced to use Marcos Alonso as his man left-wing-back of late. The Spaniard has his plus points and is solid going forward, but his defensive work has been questionable for some time now. Even when Antonio Conte was in charge and guided Chelsea to the Premier League title with Alonso as his main left-wing-back, it was clear the Spaniard had some major flaws in his game.

And, though all the blame cannot be pined on him, it is likely not a coincidence that Chelsea’s recent decline began once Alonso replaced Chilwell in the XI.

So, with Alonso seemingly not adequate cover for Chilwell, coupled with the fact he is 31 later this month and out of contract in 2023, Chelsea should probably start looking for replacements for the Spaniard.

With this in mind, 101 have picked out three players Chelsea should replace Alonso with.

The first player Chelsea could target to replace Alonso is Everton’s Lucas Digne.

In normal circumstances, a move for Digne who is under contract until 2025 may have seemed somewhat unrealistic.

However, the Frenchman has had a falling out with Rafa Benitez this season and a Digne departure from Goodison Park now seems fairly likely, especially as the Toffees look set to in January.

So, given that Digne has Premier League experience and is solid going forward, he seems like an option Chelsea should at least look at.

The 28-year-old has struggled somewhat this term in part due to Benitez’s use of him. But in 2020/21 and 2019/20, Digne provided seven assists in each PL campaign, showing his ability to create when given the chance to do so.

The next player Chelsea should replace Alonso with is Wolves’ Rayan Ait Nouri.

Yes, Nouri is still fairly young at 20 years of age and has limited experience. But if Chelsea want to bring in someone as simply back-up for Chilwell to learn from the Englishman, Nouri seems like a solid choice.

The Frenchman still has plenty of room to grow, but has already proven this term he can cut it in the English top-flight.

Bruno Lage’s Wolves also use a three/five-back formation, with Nouri operating in the left-wing-back role for the most part – meaning he should not need as long to adapt to Tuchel’s system.

It is also worth pointing out that Wolves are one of the more defensively sound sides in the division this term, with Nouri a key cog in their backline.

The final player Chelsea should look to replace Alonso with is Raphael Guerreiro of Borussia Dortmund.

Unlike Nouri, Guerreiro is a ready-made star who would challenge Chilwell for a starting berth straight away.

Like Chilwell, Guerreiro is now well-versed in operating as a left-wing-back and is very attack-minded.

Just this season alone, the Portuguese has scored three and assisted one in eight Bundesliga ties.

Overall, meanwhile, Guerreiro has scored 32 and assisted 33 in 171 outings for BVB, showcasing his clear attacking prowess, which is needed as a wing-back under Tuchel.

And, though some may question if Guerreiro is too expensive for Chelsea, it is worth noting that Guerreiro only has around 18 months left on his current deal, meaning Dortmund will probably not be able to demand their full valuation of him should Chelsea come calling.