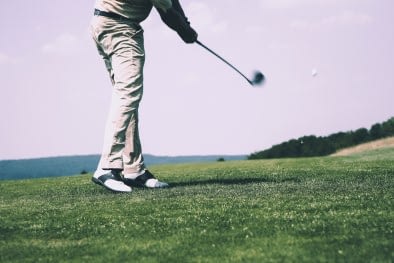 Coming off back-to-back PGA Tour victories at the Bermuda Championship and Mayakoba Golf Classic, Brendon Todd has guaranteed himself starts in the first two major championships of 2020: The Masters at Augusta National and the PGA Championship at TPC Harding Park.

Todd secured his spot in the PGA with his opposite-field win in Bermuda and locked up an invite to Augusta with a full-field victory in Mexico on Monday.

Surely, then, with two PGA Tour wins in the same season, he is qualified for the U.S. Open at Winged Foot in June, right?

Brendon Todd did just enough for his second win in as many starts during a Monday conclusion at the Mayakoba Golf Classic.

It’s an odd quirk in a rule that’s meant to reward multi-win players who still don’t qualify for the U.S. Open through the Official World Golf Ranking’s top-60 cut-off.

Prior to the restoration of the multi-win exemption, Patton Kizzire won two full-field events in 2017 and 2018 but was 63rd in the world at cut-off time.

“You don’t really realize that there are loopholes until somebody’s in one,” Kizzire said last March.

Now up to 83rd in the world from 2006th to start the year, Todd needs to be inside the top 60 by June 15th, win another full-point PGA Tour event, or make it through sectional qualifying for the second straight year to make it to Winged Foot.