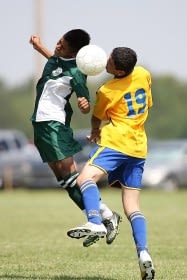 Tottenham Hotspur boss Antonio Conte admits his side still have plenty of work to do if they wish to end the club’s 13-year wait for a trophy.

Spurs edged past West Ham United in the quarter-finals of the Carabao Cup on Wednesday and a dogged defensive display in the second half to keep a dominant Hammers side at bay.

Spurs will now take on Conte’s former club in the semi-finals of the competition next month, and with facing in the other semi-final the Italian knows there will be no easy route to lifting the cup at Wembley a month later and a drought that stretches back to the 2008 League Cup success against the Blues. 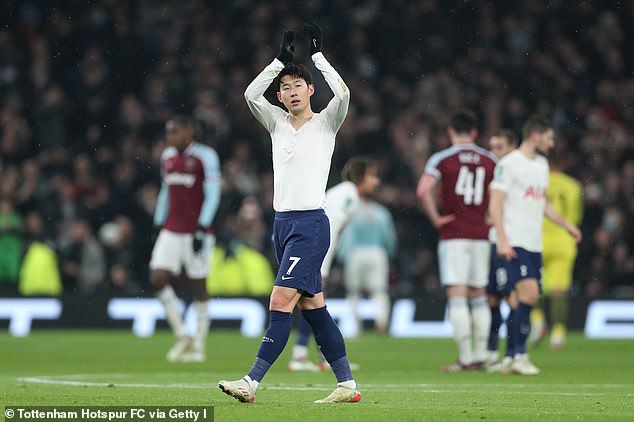 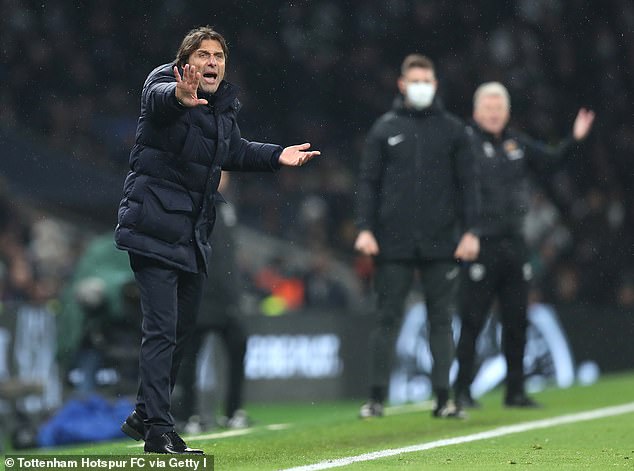 ‘It’s good for Tottenham to reach the semi-finals of this competition. You can see the names of these teams that have reached the semi-finals – Liverpool, Chelsea and Arsenal with us – so every side wants to try to lift this trophy,’ he said.

‘When I was at Chelsea this trophy was not second, but we used to play young players that did not start in the 11. 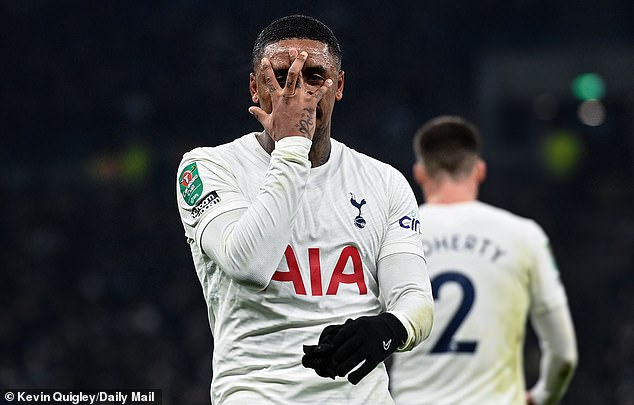 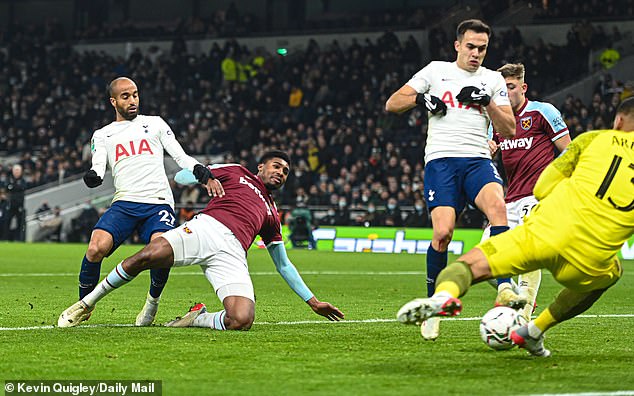 Spurs were in disarray prior to Conte’s arrival, with Nuno Espirito Santo sacked just three months into the campaign following a string of poor results and lifeless performances.

But Spurs are starting to look an improved team with more confidence under Conte, having seen qualification for the semi-finals come just three days after a pulsating 2-2 draw with Liverpool.

The match against the Reds was their first since December 5 after Covid ripped through the club forcing matches against Brighton and Leicester to be postponed, and another against Rennes in the Conference League to be cancelled. 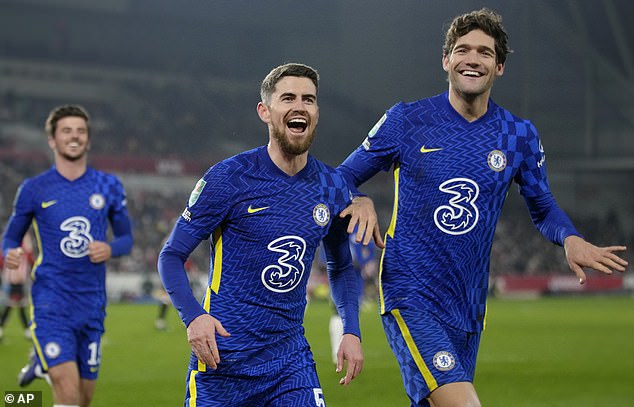 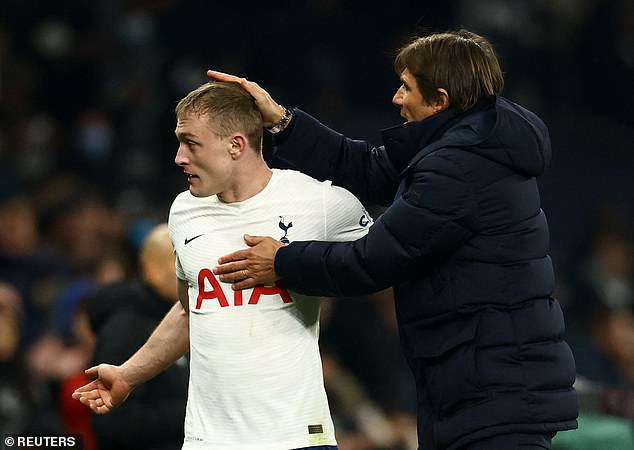 ‘For sure we can do better but I’ve seen improvements in some parts, especially when in possession of the ball’, Conte added.

‘We tried to control the game and we scored the first goal, it was an amazing goal involving many players.

‘The performance was good and it’s important to recover. We played many players that have had Covid. They kept the intensity but we have to manage the situation very well. Today was good and important for me that I know I can count on a squad of many players.’