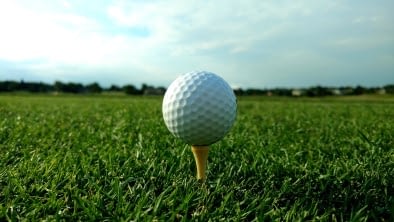 NASSAU, Bahamas – On the same day that Tiger Woods, the soon-to-be 46-year-old, was spotted inflating expectations on the far end of Albany’s practice tee, one twentysomething showed why this particular comeback for Woods will be demanding well beyond the physical challenges of a surgically rebuilt right leg.

There is still room in the game for the over-30 crowd – Phil Mickelson proved at the PGA Championship that even the fifty-somethings still have something to say – but Sunday’s finish at Albany was a crowded reminder that the game is trending to the twentysomethings.

Morikawa began the day with what felt every bit the insurmountable lead (five strokes) following three brilliant days around the greens. It was a coronation for the five-time PGA Tour winner with the top spot in the world ranking awaiting with a victory in the Bahamas.

Viktor Hovland made consecutive eagles and closed with consecutive bogeys while overcoming a six-shot deficit to win.

“Five back, so I’ve got to do something, so I guess yeah,” Brooks Koepka allowed late Saturday when asked his chances heading into the final loop.

Like Koepka, others said the right things, but they didn’t mean it. Morikawa has been in full flight this year winning his second major at The Open and his first World Golf Championship in South Carolina. But the cracks in his game showed early.

Morikawa made a double bogey-6 at No. 4 but was still leading. When he added his second double bogey two holes later he’d been bumped to second place and by the time he finished his opening nine with a bogey at No. 9 for an opening card of 41 the runaway had become a contest.

“Obviously a little sad to see him not play his best today,” said Hovland of Morikawa, his roommate for the week. “He’s a great player and I expected him to just kind of roll away with the victory, but sometimes this sport is not that easy and I’m sure he’ll come back even stronger.”

Scheffler, who started the day seven shots off the lead and made a triple bogey-7 at the fourth hole, moved into the hunt with four consecutive birdies to close his round.

“I looked at the leaderboard and when I was making the turn, I think there was a couple guys at 16 [under] and I mentioned [to his caddie] let’s have a pretty good back nine here, still have chance,” Scheffler said. “I was pretty motivated going into the back nine and was able to hit some really good shots.”

It’s a testament to how fluid the situation became after Morikawa opened the door that Hovland started Sunday’s final round six shots off the lead, bogeyed his last two holes and won by a stroke.

Hovland did produce two of the week’s most memorable moments when he holed out for an eagle-2 at the par-4 14th hole to grab the lead and followed with a 20-foot putt for eagle at the 15th hole. By the time he added a birdie at No. 16 for good measure he only had to avoid a disaster at the 18th hole, where there were plenty of disasters this week, to add to a resume that already includes Tour victories in Mexico (two) and Puerto Rico to go along with his 2021 walk-off in the Bahamas.

“There’s not that many similarities to Norway, so I don’t really get it myself,” Hovland said when asked about his Tropical Slam. “Usually there’s trouble off the tee and you’ve got to hit it straight, I think that helps. But frankly, the grass here, the Paspalum and the Bermuda, is not something that I’m very used to, so I don’t know. For some reason I just play well here.”

Hovland first met Woods when he was 16 years old at the Junior Invitational at Sage Valley, a top junior event, and, like most players of his generation, was driven by clips of Woods’ accomplishments.

“I remember sitting in the classroom just watching highlights on YouTube,” Hovland said. “He definitely inspired me and helped me in that way, but watching his highlights kind of make it seem even more farfetched because you’re going to be competing against this guy when you get on Tour hopefully. It was more like I made it more of a dream.”

Woods may have been thinking the same thing as he watched Hovland pull away from the field with his back-to-back eagles and fearless play on Sunday.

The road back to the Tour for Woods remains a mystery and is entirely dependent on how Woods’ rebuilt leg responds to continued rehabilitation. But having the twentysomethings waiting for him is likely both motivating and cause for concern.