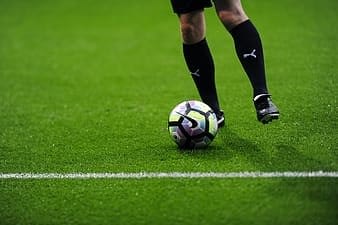 Ahead of FC Barcelona’s latest outing, Xavi Hernandez has outlined their key issue.

Barcelona will face a trip to the El Sadar on Sunday to take on Osasuna at 3:15 pm UK time.

Barcelona head into the game on an awful run of form. Their most recent outing saw them lose to Bayern Munich in the Champions League. A result that condemned them to the Europa League knockout rounds.

In the league, meanwhile, Barcelona are sat 9th in the table at the time of writing and would lose their last La Liga tie vs Real Betis.

Osasuna, currently 11th in the Spanish top-flight, should prove an easier test than Betis, but given Barca’s recent form, a victory is not at all guaranteed.

Now, ahead of the Osasuna game, Barcelona boss Xavi has been discussing the club’s issue.

Despite Lionel Messi leaving and some of their top stars now past their best, Xavi does not believe Barca have a football issue.

Instead, the former midfielder is of the opinion that La Blaugrana’s problem is a psychological one:

“It is a psychological issue rather than a football one.

“They have to believe it and that is my job. We are encouraging them to dare and be brave. At Barcelona it’s not worth playing 6/10 or 7/10. You have to aim for excellence.

“This is what is missing. Courage, aiming high and not low because that is not what Barcelona do. Being brave and understanding the game, we are not that far from what we want.

“The squad has the level to compete and win titles. In the Bayern game there was also a psychological aspect, but also [a sign that] habits have been lost.”