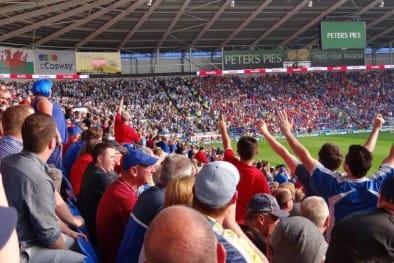 Liverpool would face off with AC Milan a short time ago in their final Champions League group match of the season.

Liverpool headed into the encounter having already secured both qualification into the knockout rounds and top spot in their group.

As a result, it was not too surprising to see Jurgen Klopp make a number of changes to his starting line-up on the day.

Divock Origi was in from the off following his match-winning strike vs Wolves last week, whilst Mohamed Salah, Sadio Mane and Alisson were the only players to keep their place following the Reds’ previous match.

Despite this, Liverpool were able to pick up a win over the Italian outfit.

Fikayo Tomori fired Milan into the lead after 28 minutes from a poorly defended corner.

A huge goal for I Rossoneri!

Milan’s lead didn’t last long, however, as Mohamed Salah followed up from Alex Oxlade-Chamberlain’s shot to slot home an equaliser. Origi then headed Liverpool into the lead after 55 minutes, and this is how the match finished.

The Brazilian had little to do in the opening exchanges of the game, but then perhaps could have done better when parrying the ball away from Tomori for the opener – though in Alisson’s defence, the ball should have not even got to him in the first place.

Other than that, a fairly uneventful night for Alisson.

Neco Williams had a pretty quiet evening vs Milan. He was not troubled too much defensively but he also didn’t offer Liverpool much going forward.

AC Milan did not cause Liverpool an awful lot of problems during the first 45, with Phillips putting in a few good tackles to help break up any potential attacks.

Phillips was also a calm, composed presence when playing out from the back. A solid display from the fringe defender.

The Frenchman looked somewhat unsettled early in the game and gave the ball away to hand Milan a rare chance. He made up for this error late in the tie, though, when he put in a superb tackle to deny Kessie a clear chance.

But the Rossoneri did not cause Konate, nor any of Liverpool’s backline, many problems at all.

Milan wanted a penalty when Tsimikas shouldered Franck Kessie to the floor 50 minutes in but it was, rightly, not given.

Other than that, the left-back did not do much of note on the evening.

Oxlade-Chamberlain showed moments of quality in the final third, working the space for a long-range effort in the first 45, which was saved but allowed Mo Salah to tap in the deflection. A quiet night for the Ox.

With Fabinho and Jordan Henderson not starting, Tyler Morton was slotted into the no.6 role in Liverpool’s midfield-three.

And, in what should be seen as a complement to the youngster, throughout much of the game, you did not really notice him.

The teenager did not look at all out of place in the game, helping control the game and what, on paper, was a very miss-matched midfield.

Morton will, of course, face sterner tests than this very passive Milan, but it was nonetheless a good audition for the youngster.

Defensively, the Japan international was somewhat lacking, and it was his poor attempted clearance that eventually led to Tomori being able to score the opener.

Going forward, meanwhile, he offered little, barring a shot well over the bar.

Mane was one of the livelier Liverpool players on the day, bursting forward with his usually quick feet and pace to cause problems down Milan’s right. And it was his shot that eventually led to Origi making it 2-1 on the evening.

Origi had a largely quiet day but, in keeping with his mystique, popped up out of nowhere to head in Sadio Mane’s deflected effort to hand Liverpool a 2-1 lead.

He was then replaced by Fabinho after 79 minutes.

Mo Salah was a somewhat surprising inclusion in the starting eleven this evening given the lack of importance the game had.

But, though it was not his most impressive display, Salah still looked bright and was alert enough to tap in a parried shot to notch his 20th goal of the campaign. He would be subbed after 63 minutes for Naby Keita.

Keita did not do much with his half-hour or so on the field. But this was to be expected given Liverpool did not need anything from the game and Milan were not causing them much of an issue.

Only had 10 or so minutes on the pitch, didn’t do an awful lot in that time.

Both came on for the final few seconds simply to earn a senior cap – a nice moment for the academy pair.